Dynamic Restraints commonly called Snubbers or Shock Absorbers are used to protect pipe work from abnormal movement in process piping in situations such as earthquake or fluid disturbance caused by valve closure or pumping.

The Dynamic Restraint is selected according to load, travel and likely environment conditions. Hydraulic Snubbers work using a principle similar to an automobile shock absorber where hydraulic fluid in a cylinder is displaced to another cylinder which is regulated with a spring loaded valve.

The Binder Snubber can be supplied as an assembly incorporating the specially designed Binder Pipe Clamps (BG320, BG321 & BG322) and BG315 End attachments.

The major advantages of the Binder Hydraulic Snubbers

Rigid Struts are a rigid connection between a piping system and supporting structure. They offer a pivot connection, allowing a small angular displacement (+/- 7 degrees) whilst maintaining a rigid connection in both compression and tension. This allows a pipe movement due to thermal expansion in singular direction.

Rigid Struts are manufactured from thick walled pipe with threaded end connection plates welded to the pipe in left and right handed threads to facilitate installation.

The end connections are fitted with captive, self-aligning spherical bearings to allow some angular displacement (+/- 7°) and connection to Binder pipe clamps and BG355 End attachments.

Accurately machined load pins as supplied with BG355 end attachments should be used to prevent vibration.

Right and left hand threaded shafts provide the facility for on-site installation and adjustment to the operational length.

Compressive and Tensile loads up to 60,000 kg can be accommodated within the standard design range.

Rigid Struts are available from 550mm to 3000mm in length (load Pin centres). With an allowable site adjustment of +/- 75mm. Clients must nominate the desired load pin centre dimension ‘L’.

Other Finishes are available on request.

The sway brace is a device used to control pipe vibration and shock loads in a piping system. Vibration is controlled by exerting an equal and opposite force to that which caused the movement, returning the pipe to its normal operating position.

This is accomplished by using a spring coil of an appropriate spring rate that is connected to the pipe via a rod and turnbuckle assembly as shown in the image below.

Because of its design using a factory pre-adjusted single coil, the unit allows for +/- 75mm movement along the axis. 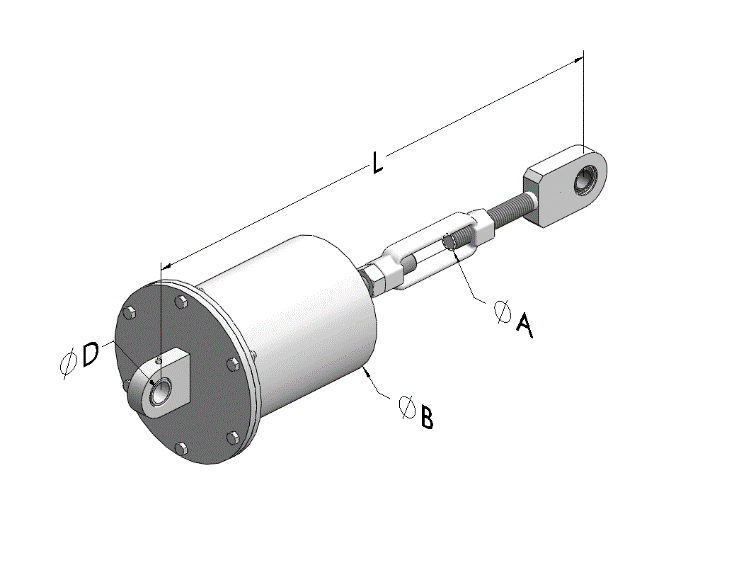